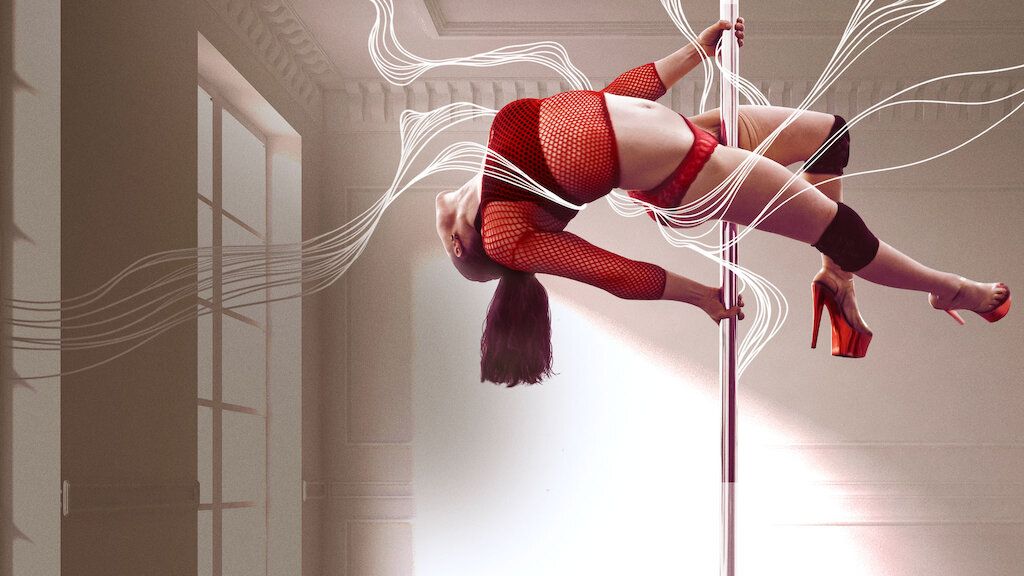 Strip Down, Rise Up

Our review of the new Netflix pole dance documentary

OMG isn’t this exciting??!! Strip Down, Rise Up is the first pole dance documentary to have made it onto Netflix!!! Where a piece of our industry can be viewed for the first time on a global level, from the comfort of your home TV.

Imagine it… MILLIONS of people will have watched this.

I mean, yeah we’ve had YouTube covered for quite some time but this is the first time that pole has been televised in this way, and that’s HUGE.

But before I start with our review, let’s take a little look at the trailer…

Looks epic! If not a little heavy? Let’s get into it…

Some things I wish I knew first

Honestly, I just couldn’t wait to watch it, and so I did so, without reading anything about it first.

Without doubt, this was a mistake. And now I can say that there are a few things I wish I knew first.

Firstly, the documentary has been produced in conjunction with that fabulous Sheila Kelley of The S Factor.

Of course it is – who else was going to get pole on Netflix? She’s already done Oprah! Sheila has not stopped in her pursuit to advance the pole industry, and get it noticed on the global stage.

And what an amazing job she’s made of it for…. oh … it’s gotta be getting on for two or more decades now!

But what wasn’t made clear, was that this was very much an ‘S Factor’ pole class, which is clearly very different from an average pole class that is offered all over the world.

Strip Down, Rise Up is not a documentary about pole dance.

It is a documentary about reconnecting with your body, THROUGH sensual pole dance, very much presented by the S Factor studio and their methods, which are unique in the industry.

Overall, there was a lot I liked about this, and a lot I didn’t.

And some that even got me a bit worried – which is why I thought I should write about this, so that my students and potential students know what to expect from one of OUR classes, having watched Strip Down, Rise Up.

Here’s what I LOVED about it

I love that when Jenyne talks about pole, her eyes widen and go all glossy like she’s just been given a healthy dose of ‘the good stuff’!

This is love. Real love for pole.
Seeing Jenyne in this documentary was a surreal and wonderful surprise to me.

Over the years, I’ve watched her career in the industry grow, from winning her first competition, to wining many, reaching pole ‘celeb’ status, having one of the most popular videos on YouTube, being accepted as an aerial artist to perform at the Cirque Du Soleil, to Netflix star.

Over time, the great names have been lost among the many bright new stars. So seeing Jenyne in this was a welcome sight.

Jenyne fondly speaks of another of my favorites, Pantera Blacksmith – whom you’ve all heard me talk about in class!

But more importantly, she was the only person in the documentary to touch on the various facets of pole, pole sport, pole art, pole exotic etc…

I love Sheila Kelley’s idea of reconnecting with, and even reclaiming our bodies through pole.

Bodies can carry shame, and the weight of the world’s ever demanding standards of what a woman should look like, and be like.

This documentary did a good job of showing how women reclaiming their bodies as their own, saved them.

Not only saved them, but has been the catalyst for growth and positive change, and self love. Yeah… This is what it’s about!

Pole instructors are not therapists, however they can provide an environment that has been known to empower people.

Particularly women (But not exclusive to), the environment in pole class can help people move through grief, loss, illness, trauma, low self confidence & esteem, along with many other typical ails.

The documentary showed some really poignant moments of people bonding in class, supporting eachother, growing together, and bonding in a kind of ‘Sisterhood’ way that you just don’t find elsewhere.

And this is REAL.

Pole is theraputic yes, but it is not and should not be presented as a therapy session by unqualified dance teachers.

However this documentary really embraces one angle of pole that we have all long known, but hasn’t yet been overmarketed.

Which is, that pole is so much more than just ‘good exercise’ or ‘a fun thing to do’. It’s good for the mind, body and spirit.

And it absolutely can be used as a PART of your self care routine, as a therapeutic activity.

And the things I wasn’t keen on

Holy Moley. Yeah no. This isn’t what we do AT ALL.

Whilst I appreciate that Sheila did call on the guidance of a licensed therapist from time to time, the classes showed here are generally nothing like how average pole classes are around the world.

The proportion of traumatised women was not representative of an average pole class either – was this magnified to ‘make good tv’?

And although pole helps women escape toxicity, we are NOT qualified to give you any kind of therapy.

We do get the odd emotional days in class and that IS normal.

But the group cry fest and faith like healing as shown here just isn’t.

I find that this was waaaay over the top in the documentary, and appeared as a whole lot of Pseudo-Psychology.

In particular, the bit where they take a bunch of highly traumatised beginners and have them perform as a group, freestyling in sensual movement, in front of a panel of ‘enlightened men’ who are total strangers to them, NO MAYM.

Not sold on this one Sheila.

Although, I can see how this would be a healing tool for a rare few, it is absolutely not normal practice in pole class.

Unless, maybe this is something that’s very progressive and way ahead of it’s time?

To watch, this was equal parts poignant, brave and beautiful, to terrifying and uncomfortable.

As much as I did love the perspective, I grew a little worried for the people who have yet to experience the world of pole, and watched this as a first experience.

I know Sheila has worked tirelessly to promote the positive power of the deeper pole journey, however I’m worried that this documentary may make people think that pole is for ‘damaged women’ as some sort of rehab therapy.

Not representative as a whole

Disappointingly, the documentary is not representative of pole as a whole.

Seemingly, the style covered in the classes only really represents one ‘movement’ of pole.

And the documentary overtly and strictly only demonstrated ‘Sensual’ style. Which, for most people, is something that takes a lot of time and courage to build towards.

Pole has many more facets than this. And again, it was only really Jenyne that even mentioned just how much more there is to the pole industry.

Ok so I have mixed feelings, but overall, I did like Strip Down, Rise up.

It was a raw, emotional watch, with an interesting, if not controversial view point.

Using pole AS therapy is a very small niche of the industry, which made it very interesting, but definitely not representative of everyone’s pole journey.

This probably would have been better as an episode focusing on pole as a therapeutic movement in a series covering the many aspects of pole.

And we needed more scope of what a pole class really is, but ultimately, seeing pole on Netflix is an all round win!

I commend Sheila for once again getting pole into the global spotlight, and with such a high quality piece of work. Clearly a lot of effort, pole love and thought has gone into this.

And the students featured in it are incredible women, and some of the bravest we’ve ever seen. They’ve fully exposed themselves and allowed the world to see them at their most vulnerable, bloom into their most beautiful and fierce selves and it’s just magical to watch.

I would totally recommend watching it, however I would also recommend reading up first, and knowing what you’re about to get into, and understand that if you’re new to pole and happen to see this first, you should NOT expect pole class to be like this.